Let’s review the workflow of performance testing with LoadRunner/ALM Performance Center.
We focus on testing of two central object types of Hyperion Planning applications: web forms and Business Rules.
We use a LoadRunner script blueprint that simulates the following actions:

To test a business rule with this blueprint, we would have to associate BR with a web form, and define a web forms so that BR would run “On Save”, and run-time-prompts (RTPs) are not shown.

Business rules may be associated differently with the webform in tested application itself. Other usage scenarios include:

For those cases we need to create a dummy web form for each BR. We do not check “Use Members on Form” option since members on a dummy web form are irrelevant for a specific business rule. We rather prefer the business rule to use a default variable value. Obviously, this situation is not ideal, since data can be dispersed in such a way that a particular BR will not run on a representative data set.
Hence from the performance testing perspective we would prefer if BRs have RTPs, are associated with with real web forms, and run when the form is saved. BRs that don’t use RTPs can be tested with dummy web forms.

The diagram below describes the steps we need to perform in order to automate performance testing with third party tool like LoadRunner. See sample SQL script in Appendix.
Now all our business rules are associated with a web form that will trigger the rule. Once LCM package is loaded we can extract webforms with their IDs from Planning repository. We will need those IDs in subsequent steps in order to create test scripts.


The diagram below describes the steps needed to prepare ALM objects for testing. 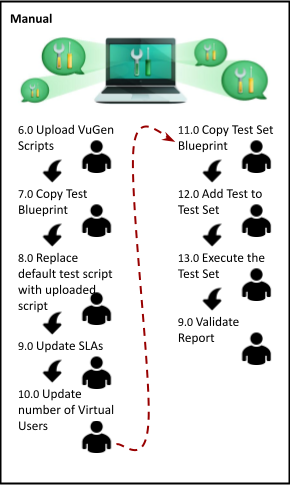 We can now upload LoadRunner scripts to ALM Performance Center. Upload itself is a manual and time-consuming process. Unfortunately ALM interface does not allow bulk uploads, you have to upload 5 scripts each time. 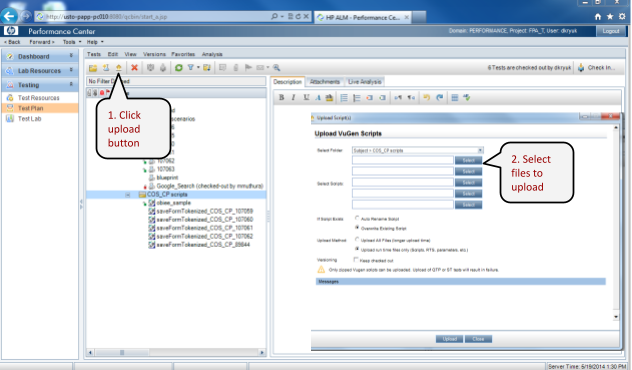 After test script was uploaded it needs to be associated with test scenario. Test scenario includes the following information: 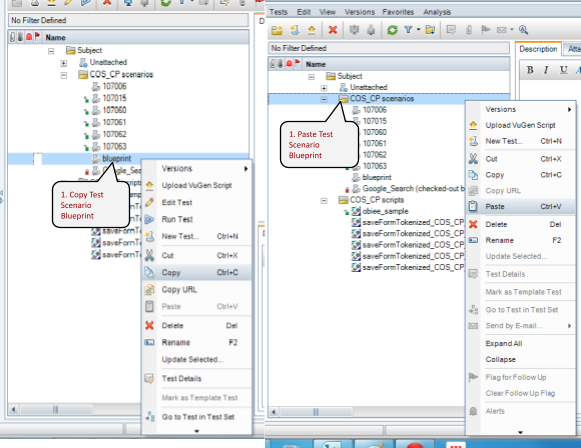 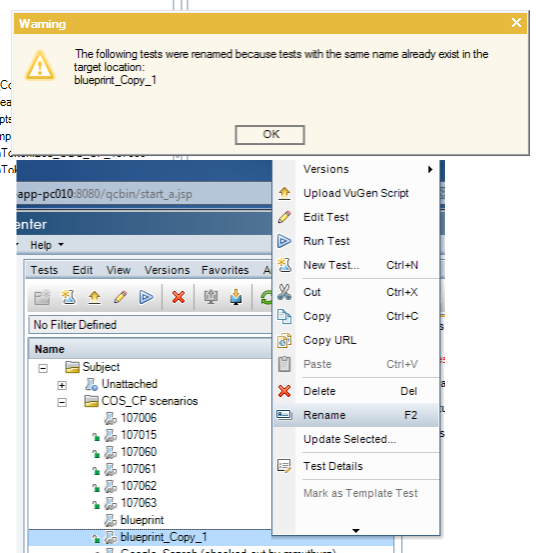 Test scenario copy should be modified to reflect characteristics of the tested Business Rule. The first item to update is test script names in workload interface. This needs to be updated even when an existing test script was uploaded. When ALM overwrites the existing script it deletes the old script and all objects referencing the old script become invalid. Then it uploads the new script, and creates new records in the repository. Hence all objects referencing the old script need to be updated. 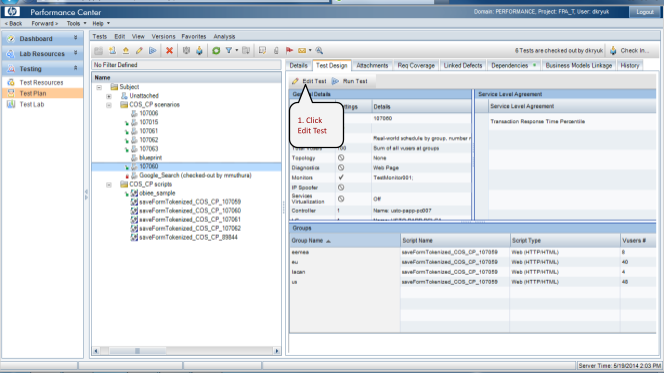 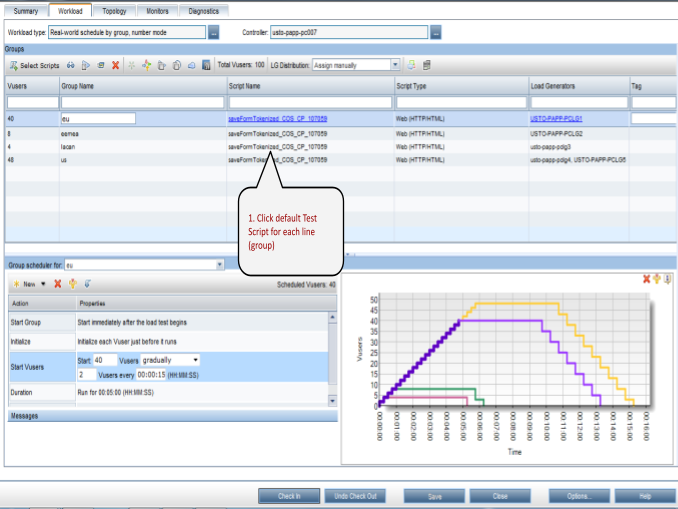 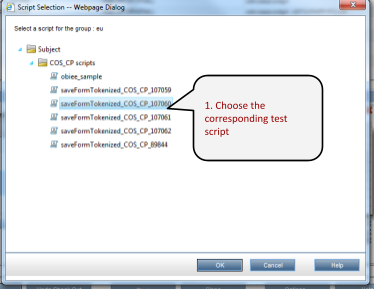 Existing SLAs become invalid once we updated test scripts in Workload interface. So we’ll need to delete existing and create a new SLA. In our case SLAs are defined based on 90th percentile of execution time per transaction. The following transactions are available:
We can see which transaction need to be defined from script name. Our script can test either form, or BR, or both. Lets take one of the scripts for example: saveFormTokenized_COS_CP_BR_60415.zip. Its name consists of the application name (COS_CP), tested object type (BR), form ID. If object type is BR we define only saveForm_Transaction. If object type is FORM we define only OpenWebForm transaction. If object type is BOTH, we test real application web form with assigned BR that runs on save and hides prompts.  In this case we define both saveForm_Transaction and OpenWebForm SLAs. 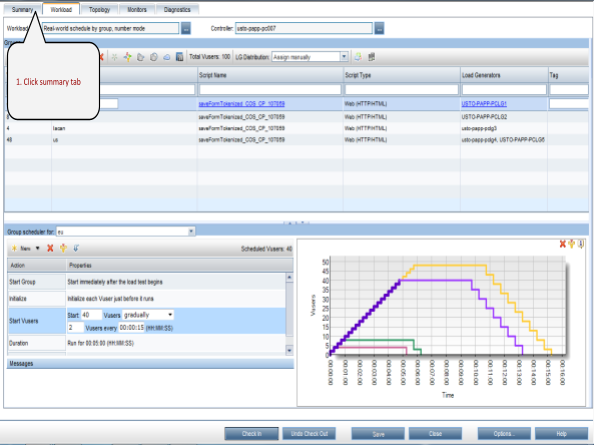 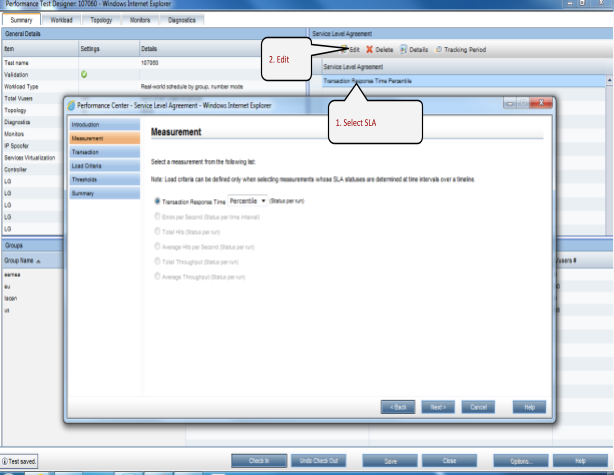 To define SLA we use average execution time when the system is at rest as a benchmark. We assume that performance degradation of 50% during peak load is acceptable. So, if the benchmark time is 10 sec to run the Business Rule, in the SLA we define 15 sec for the 90th percentile. Make sure the threshold time and transaction are defined correctly on the last page. Sometimes ALM’s interface does not work as expected. 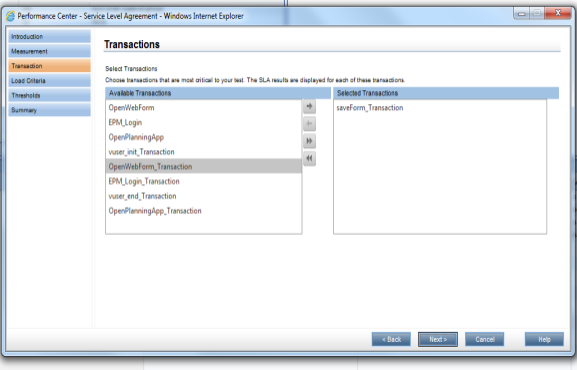 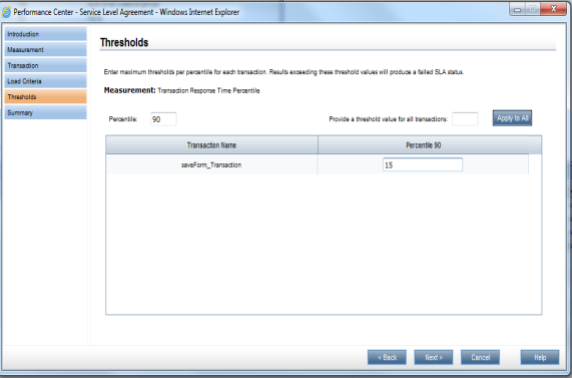 To update Vusers we need to calculate two parameters.
Total number of Vusers is calculated based on weekly execution frequency. Weekly frequency  is provided by the developer/application lead, and  calculated as “Number of Users”*”40 hours”*”Number of executions per user during peak hour”.  If BR is executed by 30 users every 5 minutes during peak hour, its  frequency is  14400/week.
Obviously we will not run each tests for 1 week, so we’ll need to scale the frequency based on benchmark execution time. If, for example the benchmark time is 30 sec, our SLA would be 45 sec (see SLA section). We could run a test with peak load for 12 min. If scheduled sequentially (with a single user: next iteration starts with the same user when previous iteration finished) we could execute BR 16 times (12*60/45). We need to execute BR 72 times however (14400/40/(60/12)).  Hence, we need more than 1 user. Specifically, we’ll need at least 4.5 users (72/16).  To be on the safe side we’ll add extra 20% to this ratio and will round up. Hence for this BR we’ll end up with 6 VUsers. This can be expressed as

The last statement says that test duration must be at least 10 min and at least double benchmark time.

In the previous paragraph we calculated total number of VUsers. Now we need to distribute them across different geographies. The same business rule can be run by different communities around the globe. The conditions for those communities can be very different in terms of network latency and bandwidth. The blueprint contains 4 main groups for which WAN emulation parameters already preset. What needs to be updated is the number of users for each group. The total number of Vusers in the blueprint is 100. So the default number represents percentages, with which users are distributed across geographical areas. You can keep percentages the same, or you use different ones if there is a business justification. 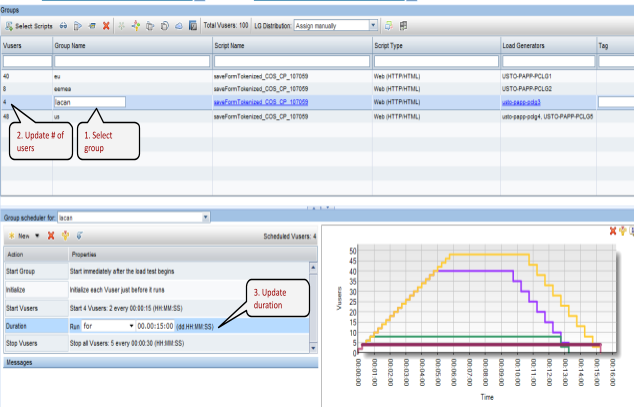 To adjust the users select the group, update number of Vusers for a particular geography, and set test duration. Make sure that there is a period after initial load buildup when all groups run in parallel. 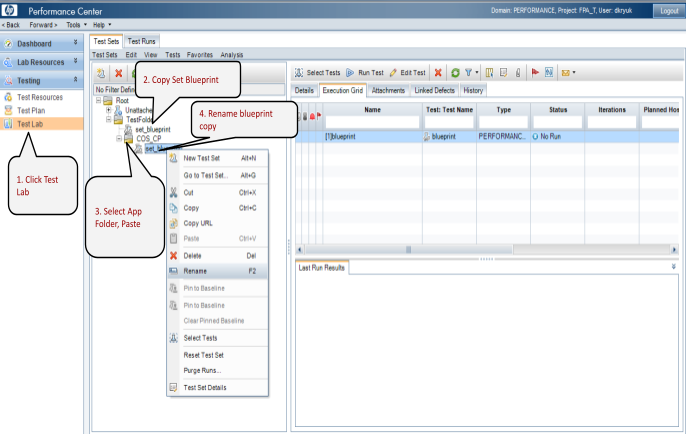 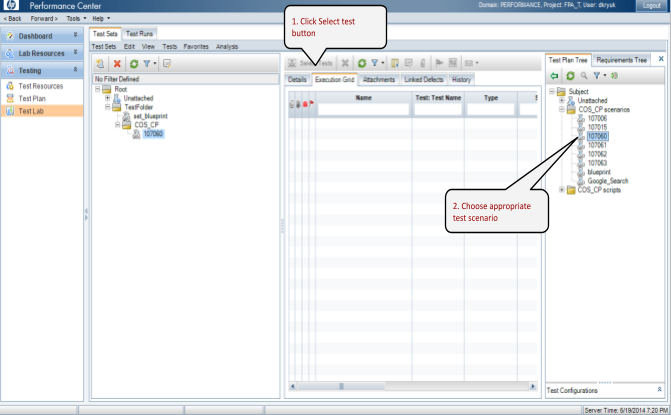 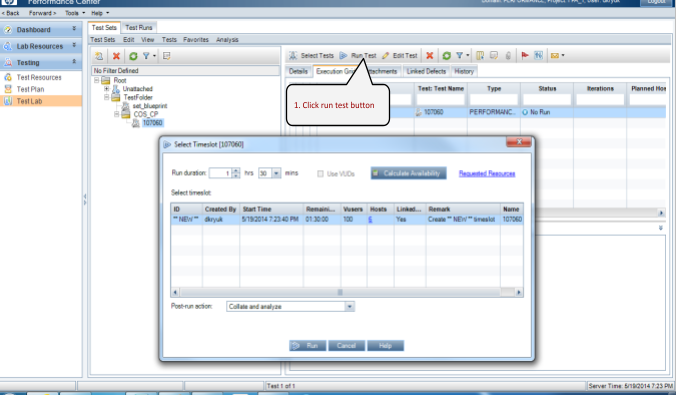 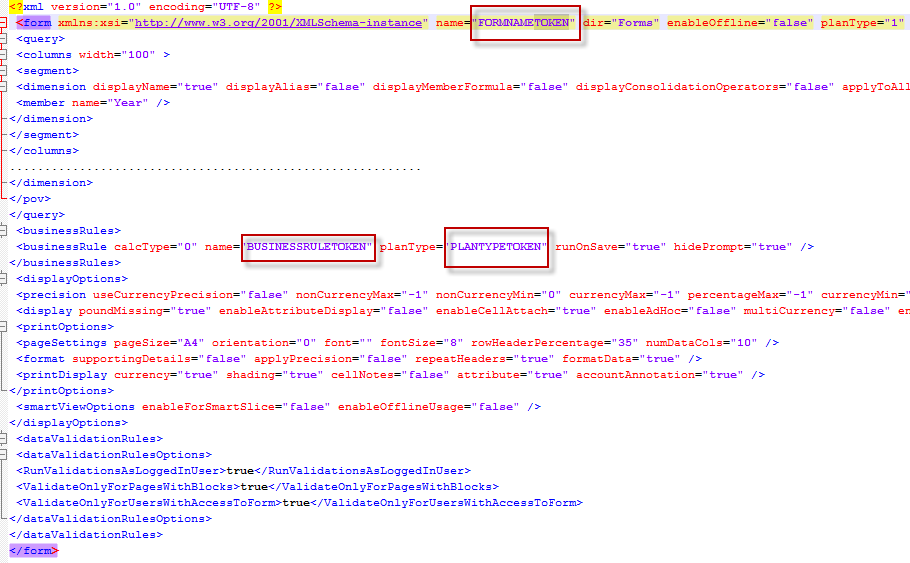